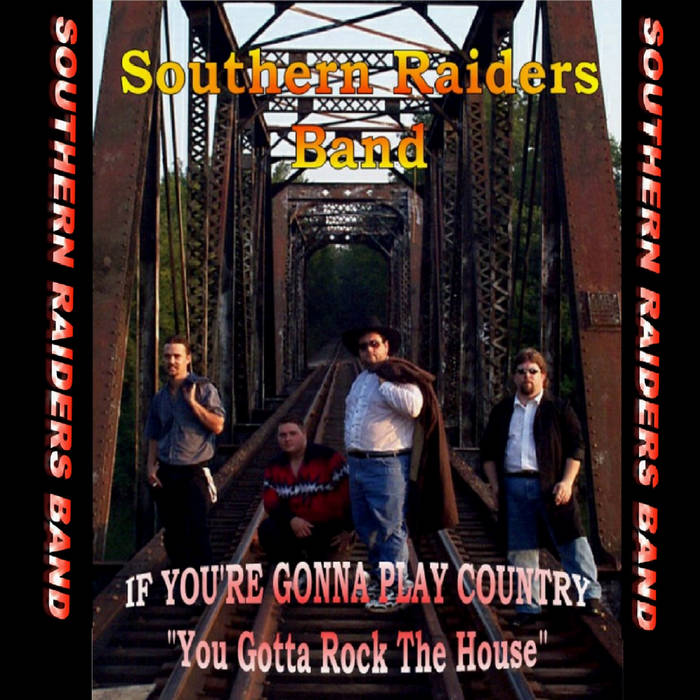 The Southern Raiders Band (SRB) has been performing and writing original music for over 15 years. SRB performs in the Country/Southern Rock arena and has eight complete albums to show for the efforts. SRB has performed opening acts for some of the biggest names in the industry and has the writing ability and musicianship to perform with both the Country Music stars and the Southern Rock legends. This allows us the ability to produce both rock and country music album releases. The fans have been great in both fields and some enjoy both styles of music and we are fortunate to have original music in both genres. The music is now available by the complete album or by the song. This music was recently released here at BandCamp just type in Southern Raiders Band and choose rock from the album, “Raise Southern Dixie,”-10 songs, or if you enjoy traditional country music please check out our, “If You’re Gonna Play Country, - YOU GOTTA ROCK THE HOUSE,” album here at BandCamp as well. We certainly hope you enjoy these albums for your library of music and SRB would certainly appreciate your support.

If you are new to SRB please check us out on Facebook and Bandcamp.com and leave a post we sure welcome you aboard and hope you enjoy the music. You know music is a part of everyone’s life and SRB would love the opportunity to be a part of that, for you, as well. SRB also has two songs in the foreign market that produces royalties currently, and we are trying to get a U.S. release here on our homeland territory. SRB has had the same members; with the exception of two we lost through illness and one who passed away, since the inception of the group. This fact is possible because we strive to have a good time, abundance of written material, and a close relationship with our fans through our music on albums as well as our live concerts. Keeping, you the fan, at the top of our priorities enables us the ability for continued longevity and the motivation to keep turning out the music you can enjoy and relate to. We want you to know that we thank you so very much for buying the music and coming to the concerts because without you loyal fans we’d have to close shop and go home.

Once again, thank you for all your support and we look forward to seeing and hearing from you soon.

God Bless and have a great day,

Thank You, and remember: " SMILE AT THE WORLD...IT MAY JUST SMILE BACK. "